Get fresh music recommendations delivered to your inbox every Friday.
We've updated our Terms of Use. You can review the changes here.

by Edna Vazquez with Pink Martini 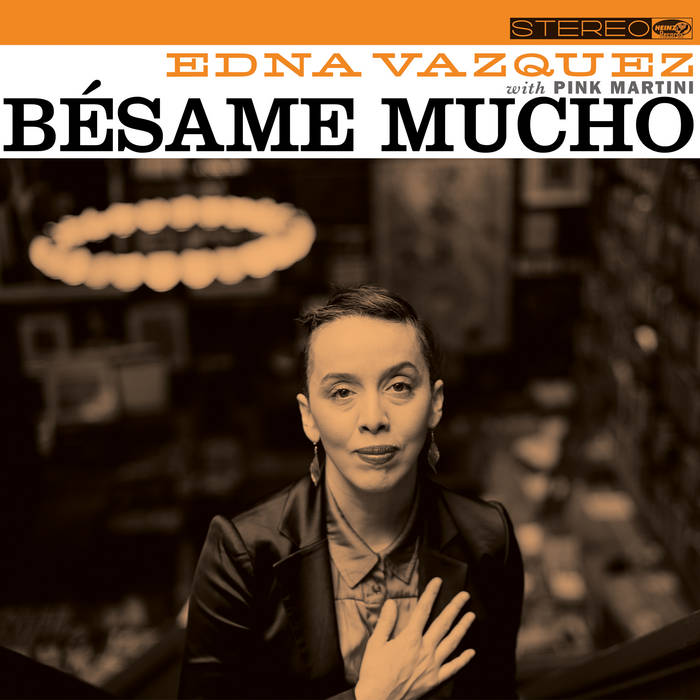 Edna Vazquez is a fearless singer, songwriter and guitarist whose haunting and powerful voice and musical talent transcend the boundaries of language to engage and uplift her audience.

Born in Jalisco, Mexico, and now based in Portland, Oregon, Edna has been touring full time with the globe-trotting "little orchestra" Pink Martini as a special guest singer for the last two years, her featured moments on stage inevitably bringing a roaring standing ovation at every tour stop.

Now, to help give this incredible talent an even wider exposure, Pink Martini bandleader Thomas Lauderdale has produced a special five-song ep featuring Edna's soul-stirring singing accompanied by Pink Martini. Edna's original song "Sola Soy" is the highlight of the album, alongside memorable classic repertoire in Spanish, such as the title track and "Quizás, quizás, quizás."

Formed in 1994, and featuring a dozen musicians, Portland, Oregon's "Little Orchestra" Pink Martini performs its multilingual repertoire in over 25 languages on concert stages and with symphony orchestras throughout Europe, Asia, North America, and the Middle East. Pink Martini has sold over 3 million albums worldwide on its own independent label, Heinz Records. ... more

Bandcamp Daily  your guide to the world of Bandcamp